Captain America to Battle Superman in 2016 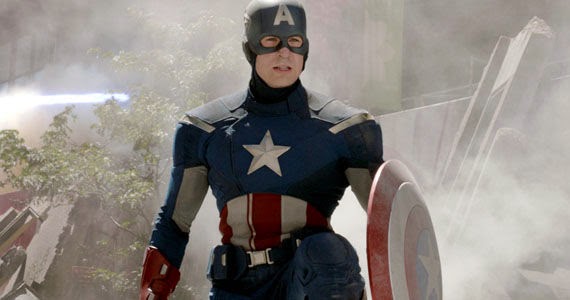 In a bizarre game of box-office chicken, Marvel’s third Captain America film will go head-to-head with DC’s Batman vs. Superman flick on May 6, 2016, when both films will hit theaters simultaneously.

I don’t want to sound like a banner-waving Marvelite or anything — I actually quite enjoyed Man of Steel — but there’s no way this works out well for Warner Bros., which is banking heavily on the forthcoming Zack Snyder film that will expand its cinematic mythos to showcase other members of the Justice League aside from The Caped Crusader and The Last Son of Krypton.  If the Man of Steel sequel underperforms against the juggernaut that is the Marvel Cinematic Universe, we’ll probably never get to see that live-action Aquaman flick that millions dozens of comic book readers have been waiting for.

According to the Epoch Times, Warner Bros. is feeling the pressure to move its release date to avoid getting slammed by Cap’s star-spangled shield, but nothing has been confirmed by the studio. For the sake of DC’s future at the movies, I hope it’s true.

lol, Aquaman could be an official Twitter account at best...
"the wifi down here is awful today #firstOceanProblems