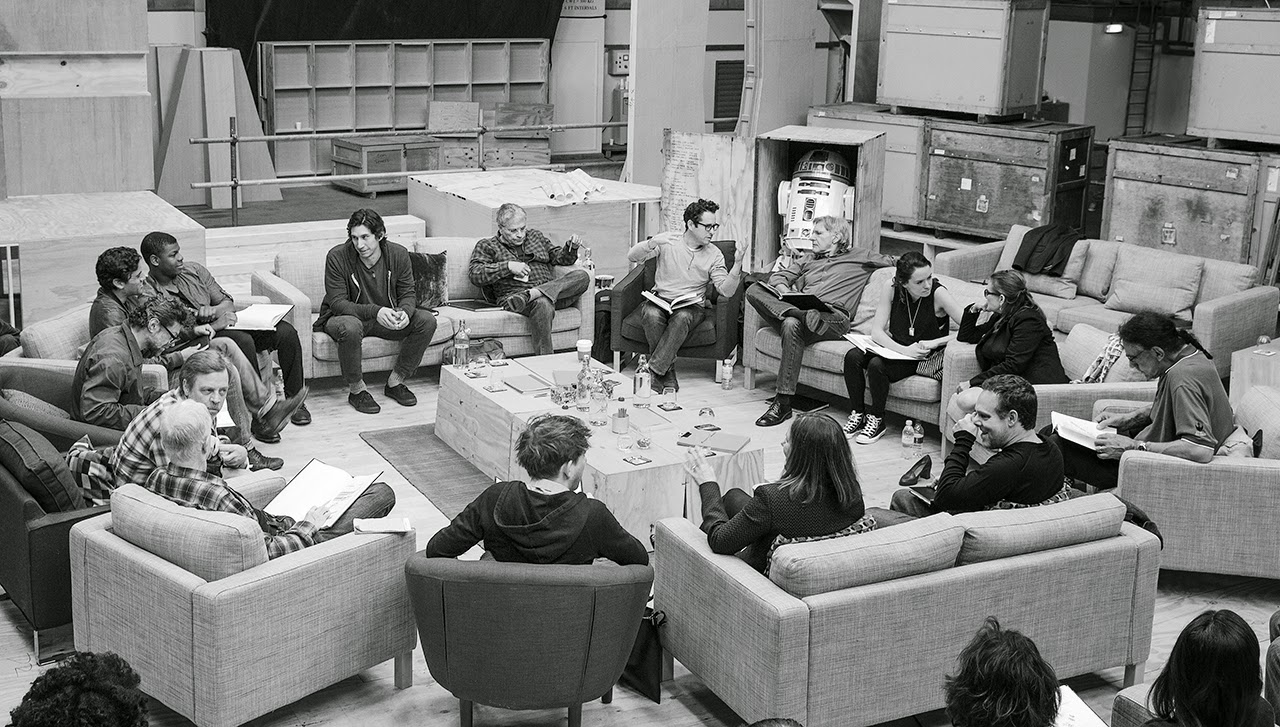 Man, what I wouldn't give to be a part of that table read. Lucasfilm and Disney have announced the cast for J.J. Abrams' forthcoming Star Wars: Episode VII, due to hit theaters worldwide on Dec. 18, 2015

I know Driver has been hinted to be playing a villain in Episode VII, but it's otherwise difficult to predict the type of new characters we can expect in the next film. Will Lord of the Rings alum Serkis be stepping into his Gollum comfort zone as a digital character? Will Ridley play one of the Solo offspring? Such questions will hopefully be answered soon as Episode VII begins filming in the coming weeks.

With this big news coming out just days before Star Wars Day, May 4, it's a damn good time to be a geek. To paraphrase Obi-Wan Kenobi, we've taken our first step into a larger world.
Posted at 9:26 PM
Email ThisBlogThis!Share to TwitterShare to FacebookShare to Pinterest
Labels: Episode VII, Star Wars