Critics Weigh In on New 'Godzilla' 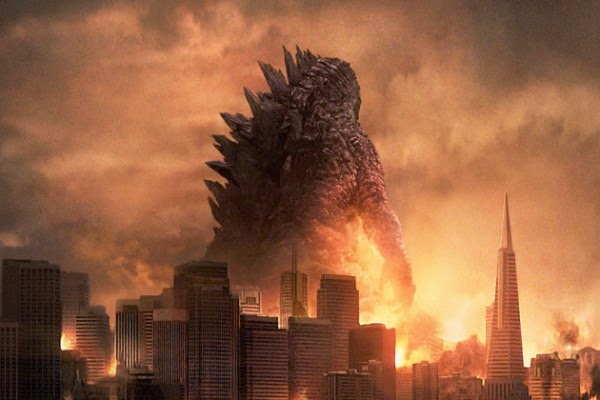 The embargo has been lifted for Warner Bros. and Legendary Pictures' monstrous franchise reboot Godzilla, The King of the Monsters' first cinematic stomp since 2004's Godzilla: Final Wars. So what did the critics have to say about director Gareth Edwards' attempt to revive this classic kaiju?

The Hollywood Reporter: "Generally, Edwards honors the trust invested in him, taking his responsibility seriously, delivering the action goods and bringing it all in at a well-paced two hours. Where the film lets down is in the interpersonal scenes with the younger characters, which engage virtually no interest."

Variety: "Godzilla movies, like wrestling matches, are ultimately judged by the quality of the mayhem, and Edwards excels at blowing things up."

Time: "The title character looks imposing, in the CGI work of Peter Jackson’s Weta Digital sorcerers, but the movie is often so dark, using a palette of gray and brown, as if coasted in rust, that he’s hard to see. (The sound effects do most of the scary work.) And he gets little screen time. Godzilla isn’t even the main monster: he is the referee, rival or enabler — we won’t say which — to a pair of other creatures."

IGN: "Legendary Pictures' Godzilla origin story carries the weight of unwieldy expectations, but rather than buckle, it is ultimately a fantastic - though imperfect - example of the genre. Gareth Edwards both depicts what is beloved about this magnificent creature and creates a film that is distinctly its own entity, one that brings Godzilla to gorgeous new life."

Empire: "As you’d expect, Edwards excels in creating awesome kaiju juju — be it toppling aircraft like dominoes or Godzilla swimming under a battleship — that always leaves you wanting more until the battle for San Francisco delivers on the promise. This is not the men-in-suits wrestling we’ve seen before; instead it’s a beautifully shot (very Apocalypse Now-y) and choreographed smackdown that, for once, doesn’t feel like a bunch of pixels hitting each other."

The early reactions are encouraging, but Time's critique that Godzilla isn't "the main monster" is a bit discouraging. That said, it seems as though reviewers were mostly impressed by the special effects-charged action — the main reason we're all excited about this movie.

Judge Godzilla yourself when it hits theaters this Friday.
Posted at 11:38 PM
Email ThisBlogThis!Share to TwitterShare to FacebookShare to Pinterest
Labels: Godzilla, Warner Bros.