Every Day is Arm Day for Chewbacca 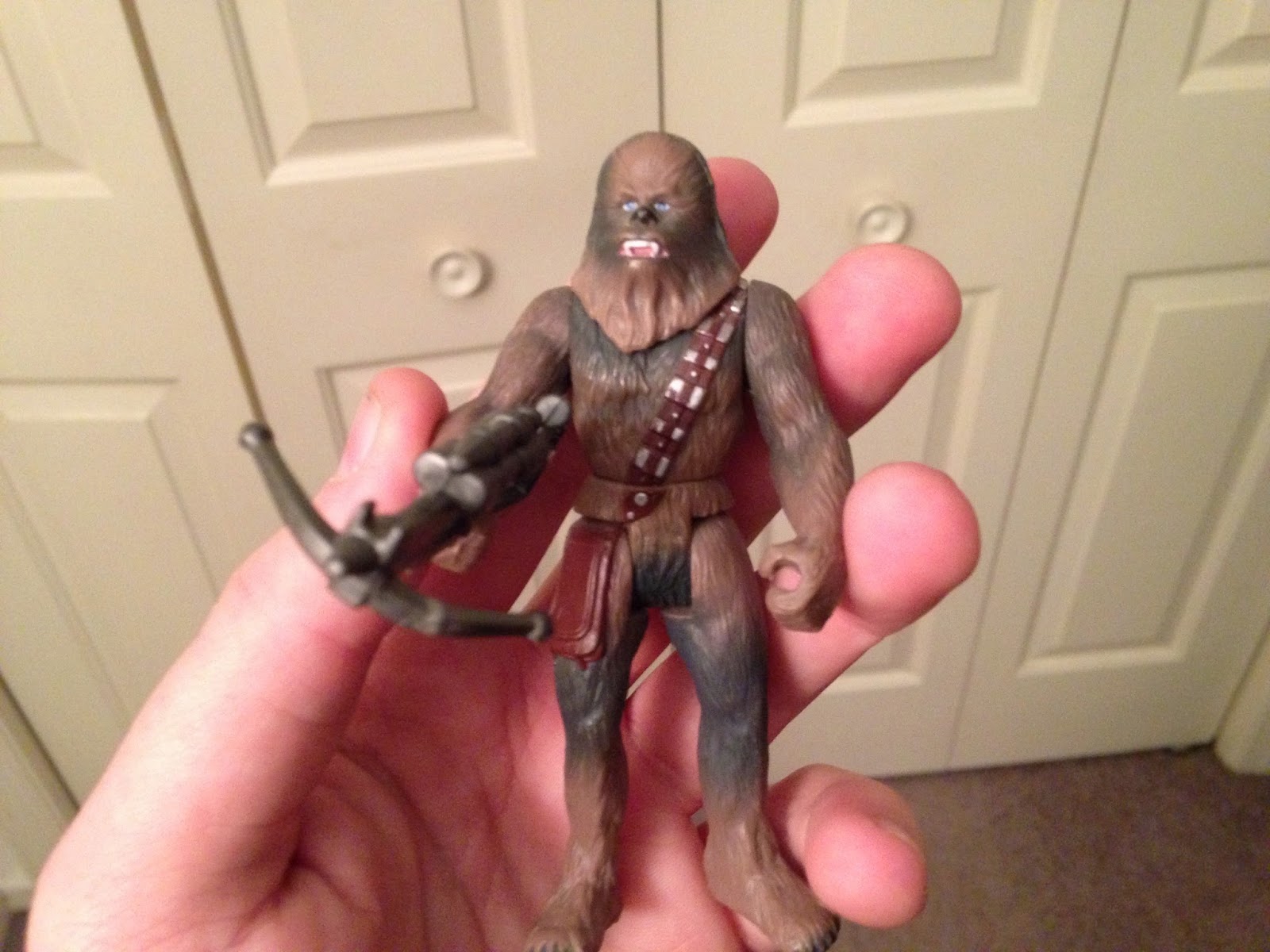 This Chewbacca figure, recently pulled from a large plastic bin of Star Wars figures in my closet, was part of the "Power of the Force" line released by Kenner in 1995. Like just about every figure in that lineup, Chewie sports an exaggerated physique that's more reminiscent of Mattel's Masters of the Universe than the classic Star Wars figures from more than a decade earlier. The bizarre buffness of 1990s Star Wars figures didn't really go away until the Episode 1 line got rolling, and although a lot of people roll their eyes at these POTF toys, they'll always hold a special place in my collection. That being said, I never liked that Chewbacca was too jacked to fly the Millennium Falcon.
Posted at 1:23 AM
Email ThisBlogThis!Share to TwitterShare to FacebookShare to Pinterest
Labels: Kenner, Power of the Force, Star Wars