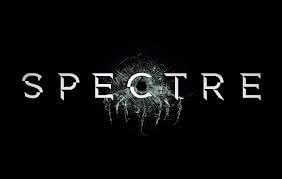 It's a pretty good time to be a movie geek. After getting new trailers for Jurassic World and Star Wars: The Force Awakens, we received news that the 24th James Bond film has a title, Spectre, and will feature Christoph Waltz, Monica Bellucci, Lea Seydoux, Andrew Scott and Drax the Destroyer himself, Dave Bautista. Skyfall director Sam Mendes will return alongside Daniel Craig, who steps into 007's signature tuxedo for the fourth time in the anticipated film. Other returning Bond cast members include Ralph Fiennes as M, Naomie Harris as Miss Moneypenny and Ben Whishaw as Q.

The title and the octopus-shaped bullet hole in the logo allude to SPECTRE, the terrorist organization Sean Connery and oft-forgotten 007 George Lazenby battled in the 1960s and early '70s. Although the criminal organization was seemingly reimagined as the group called Quantum in Craig's Casino Royale and Quantum of Solace, we might see the entity emerge as an entirely new threat in the fourth film in this rebooted timeline. In any event, the fact that much of the Skyfall crew is coming back for this installment bodes very well. Also, is anyone else ridiculously pumped about the idea of seeing Christoph freakin' Waltz as a Bond villain?!

Get all Game of Thrones series via showbox you need to just install showbox apk file and you will get all series best app for all game of thrones lover.
showbox app
downlaod showbox

Thanks for sharing your awesome thought with us its really helpful for reader like me.

Try this guide to fix Error Code 0xc000007b worked for me as i have faced the same problem.
DNS error
how to troubleshoot

very excited to watch movie on my ShowBox app.

you can try these out for Dpc watch dog download