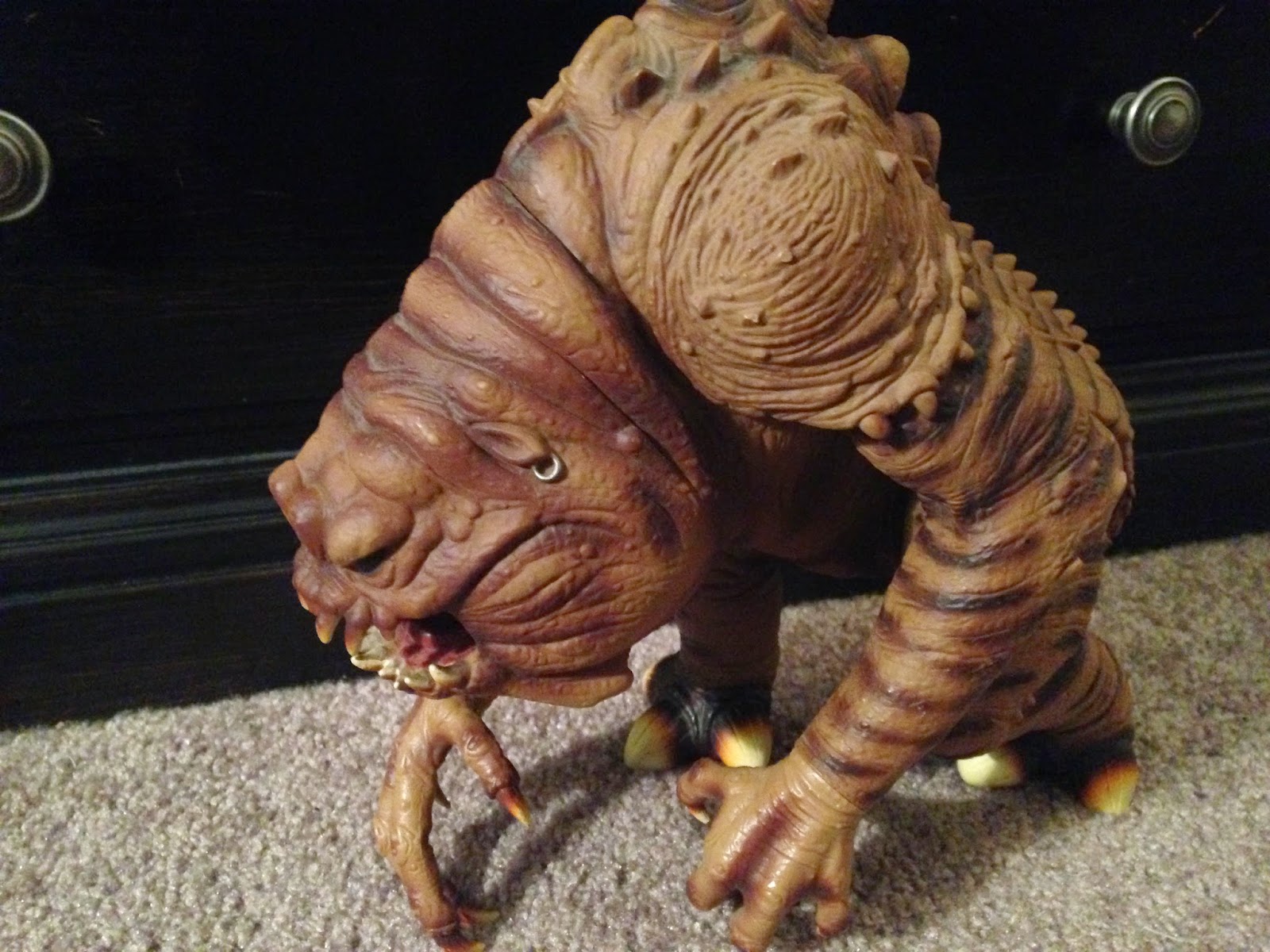 Back when I devoted three whole shelves and the top of a dresser to my gargantuan Star Wars collection, the centerpiece of it all was my Millennium Falcon, Kenner's 1995 "Power of the Force" re-issue of the original 1978 toy with some minor upgrades. I amassed a sizable fleet of Kenner/Hasbro Star Wars vehicles in the 1990s, from Luke Skywalker's X-wing Starfighter to the still-amazing AT-AT, but the Falcon always had the spotlight in my bedroom display. It was the ship that made the Kessel Run in less than 12 parsecs, after all.

That all changed when a chance trip to KB Toys in the summer of 1998 introduced me to this guy: Jabba the Hutt's prized pet from Return of the Jedi, The Rancor. Immediately, this creature took center stage in my display, banishing the Falcon to the junkyards of Ord Mantell (a.k.a. my closet).

As a Deluxe Beast Pack, The Rancor came with a Luke armed only with an oversized bone to save him from the monster's maw. The Luke figure was pretty forgettable, but The Rancor was, to my 14-year-old mind, one of the coolest toys I'd ever seen. I definitely wasn't playing with Star Wars action figures at that point in my life, but if someone were to accuse me of occasionally making monster noises while "feeding" this guy Gamorrean Guards in the middle of the night, I might have a hard time denying it.

I dug this monstrosity out of a box of Star Wars toys the other day, and I'm convinced now more than ever that he warrants being displayed out in the open. Now, where are those Gamorrean Guards?
Posted at 6:26 PM
Email ThisBlogThis!Share to TwitterShare to FacebookShare to Pinterest
Labels: Hasbro, Kenner, Star Wars, toys