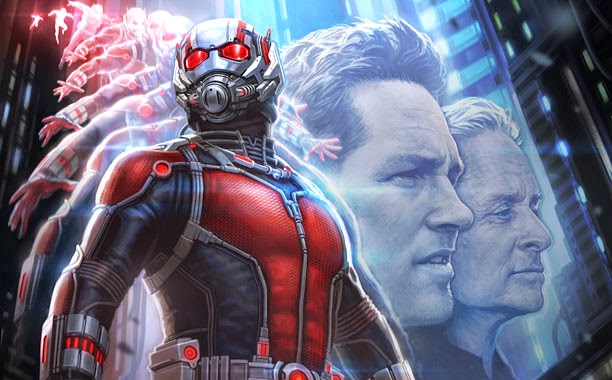 After Marvel has spent the past few days teasing the, um, teaser for this summer's Ant-Man, fans got their first substantial look at the flick during the premiere of the exceptional Agent Cater on ABC.

Much to the likely dismay of all of those Hank Pym fans out there, this film centers around Scott Lang (Paul Rudd), a criminal-turned-superhero who acquires a suit granting him the ability to decrease in size and increase in strength. The teaser shows Lang displaying his unusual powers, and Michael Douglas as an aged Pym in a mentor role.

Since Guardians of the Galaxy already proved moviegoers are comfortable with some weirdness in their comic book movies, Ant-Man shouldn't have an issue finding an audience when it hits theaters on July 17.

Guys, Marvel's about to release an Ant-Man movie this summer and DC still hasn't been able to give us a Wonder Woman flick. Wrap your heads around that.

Check out the full "human-sized" Ant-Man teaser below!