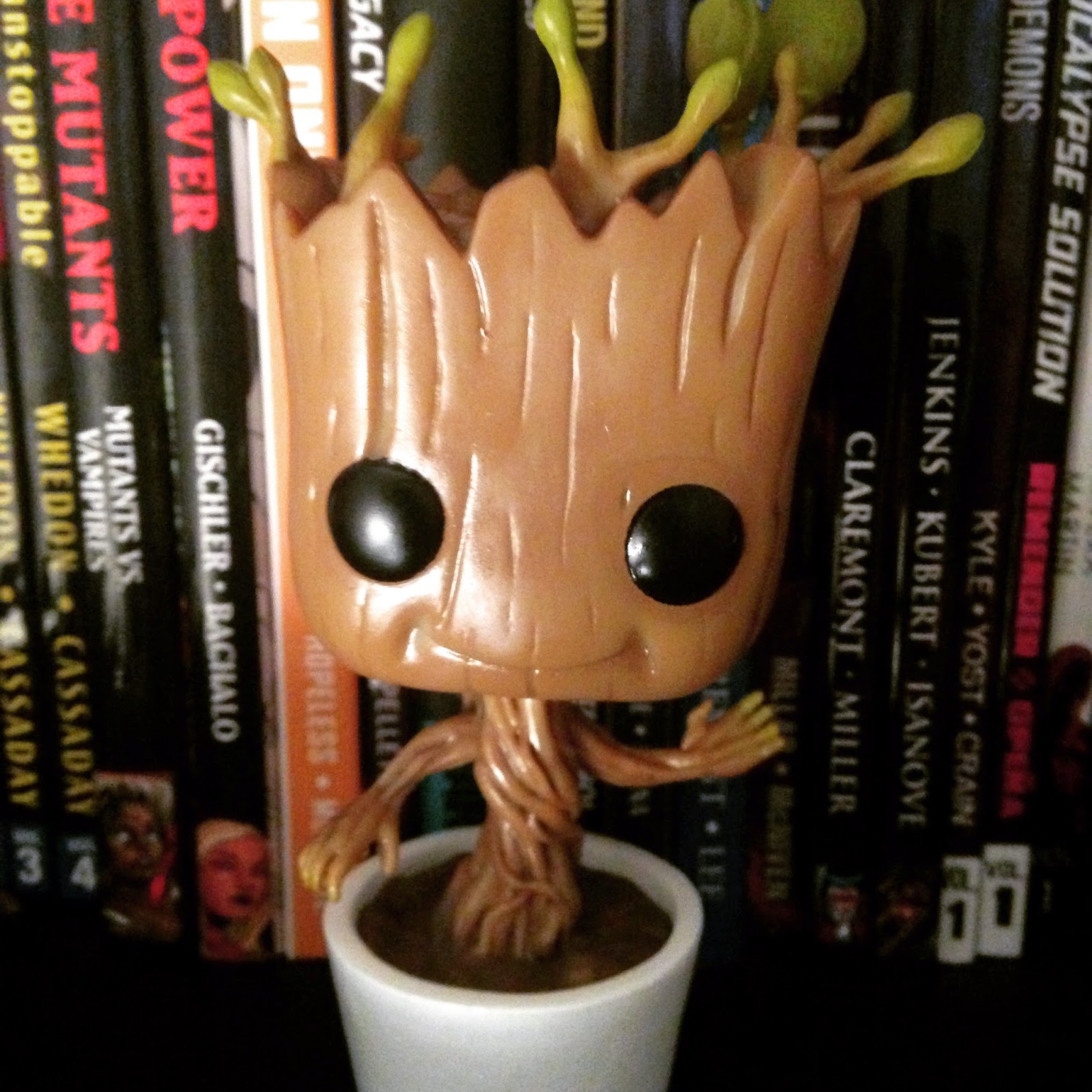 Happy New Year, Wortmaniacs! 2014 was an incredible year for movie geeks and geeks in general, and although there were some disappointments along the way (Sin City: A Dame to Kill For, I'm looking at you), there was plenty to obsess about in the multiplex this year. As I wait to finally check out Birdman this evening, I thought I'd do a quick ranking of my favorite movies in 2014. Based on the Funko POP! Vinyl, pictured above, you probably already guessed which movie snagged my No. 1 spot, so let's start there ...

1) Guardians of the Galaxy
James Gunn's Marvel Universe space opera seemed to come out of nowhere last August, and now characters like Rocket Raccoon and Drax the Destroyer are right up there with Iron Man and the Hulk in most moviegoers' eyes. This film's got a ton of action, eye-popping visual effects, hilarious character moments and one of the best soundtracks in recent memory. If you don't already own Guardians of the Galaxy, you should.

2) Captain America: The Winter Soldier
Wow. The Russo brothers' Captain America sequel is not only a solid addition to the Marvel Cinematic Universe, but a tightly paced thriller in its own right. Awesome fight sequences and a surprising amount of practical visual effects work cement this film as one of Marvel's best, and Chris Evans continues to grow and evolve as Steve Rogers.

3) St. Vincent
I didn't think a Bill Murray movie would make me cry, but here we are. This dramatic dark comedy, written and directed by Theodore Melfi, has some laughs for sure, but it's the heartstring-tugging performances by Murray, Jaeden Lieberher, Naomi Watts and Melissa McCarthy that make this one of 2014's most memorable films. And trust me: Bring some tissues for the ending.

4) The Lego Movie
What at first appears to be a cash grab turns out to be the year's most original and well-intentioned family comedy, bringing forward the message that it's okay to be different and that, sometimes, "following the instructions" isn't always the best route. Also, who would have thought that Will Arnett would be an amazing Batman?

5) X-Men: Days of Future Past
Fourteen years after kicking off the X-Men movie franchise, Bryan Singer returns to the series to clean up the mess that it's become since he left, and the end result is pretty spectacular. The film is by no means a faithful adaptation of the iconic Chris Claremont and John Byrne comic book story, but it's a fun time travel adventure and a fantastic follow-up to 2011's X-Men: First Class. This is how you fix a broken franchise.

Posted at 6:04 PM
Email ThisBlogThis!Share to TwitterShare to FacebookShare to Pinterest
Labels: Bill Murray, Captain America: The Winter Soldier, Guardians of the Galaxy, The LEGO Movie, X-Men: Days of Future Past