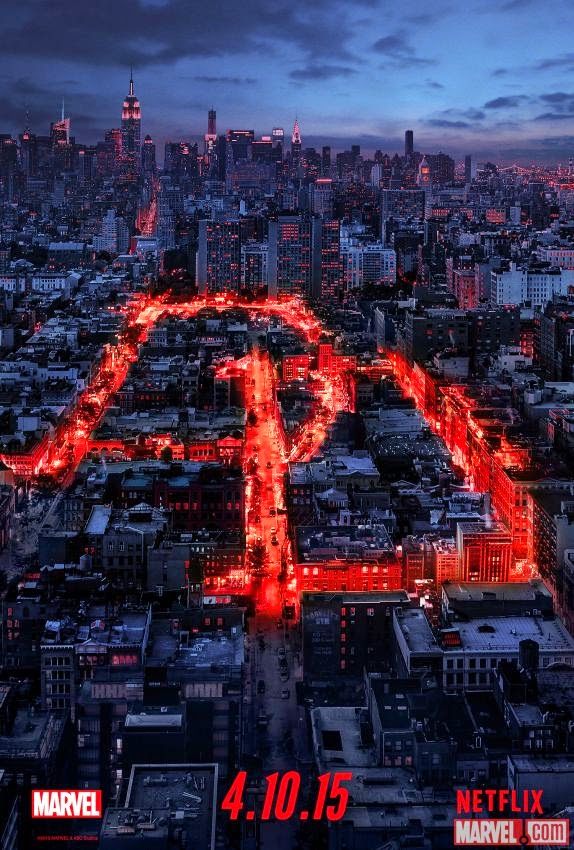 I don't hate the 2003 Daredevil starring Ben Affleck the way some other folks out there do, but I think we're all in agreement that The Man Without Fear has long deserved proper Marvel Studios treatment. On April 10 at 12:01 PT, our wait is over.

Exclusively on Netflix, fans will be able to stream 13 one-hour episodes of Marvel's Daredevil, starring Charlie Cox as the man behind the mask, Matt Murdock. Also starring in the anticipated Netflix series are Deborah Ann Wolfe as Karen Page, Elden Johnson as Foggy Nelson, Rosario Dawson as Claire Temple and Vincent D'Onofrio as Wilson Fisk, a.k.a. The Kingpin.

To tide us over until April, Marvel and Netflix have released a motion poster for the anticipated series, which you can check out below.