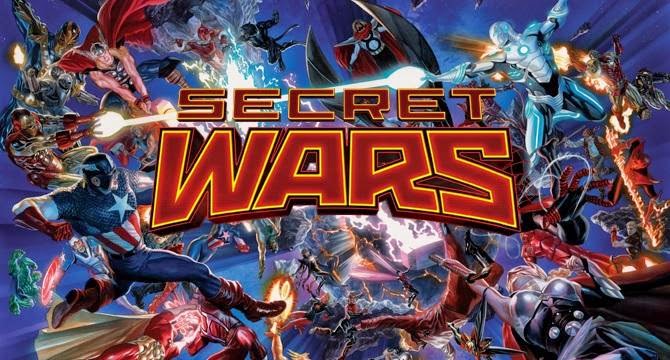 It seems odd to ask the question, since heroes from Marvel and DC are among entertainment's hottest intellectual properties right now, but with Marvel getting ready to revamp its continuity with this summer's Secret Wars crossover and DC looking to do the same with its Convergence event, we've reached a bizarre crossroads with "The Big Two." If everything happening in mainstream comics is about to be erased, does it even make sense for us to keep buying titles that will be rendered obsolete in a few months?

DC readers are all too familiar with the ennui that precedes a new status quo, after 1985's Crisis on Infinite Earths and 2011's mostly mishandled introduction of "The New 52." Marvel, though, has mostly maintained the same continuity (Earth-616) since Timely Comics' Captain America socked Hitler in the mouth back in 1940. Timelines have been muddied to keep characters from qualifying  for AARP membership, but by and large, The House of Ideas' canon has stretched back more than half a century — and that history is about to be erased.

I'm totally on-board with the idea of freshening up continuity for all the new readers that are hopefully migrating to comics after seeing these characters on film and on television, but I'm also having a hard time investing time and money into stories that will have no longer "happened" in less than a year. But maybe that's just me.
Posted at 3:50 PM
Email ThisBlogThis!Share to TwitterShare to FacebookShare to Pinterest
Labels: Captain America, Convergence, Crisis on Infinite Earths, DC, Marvel, Secret Wars, The New 52