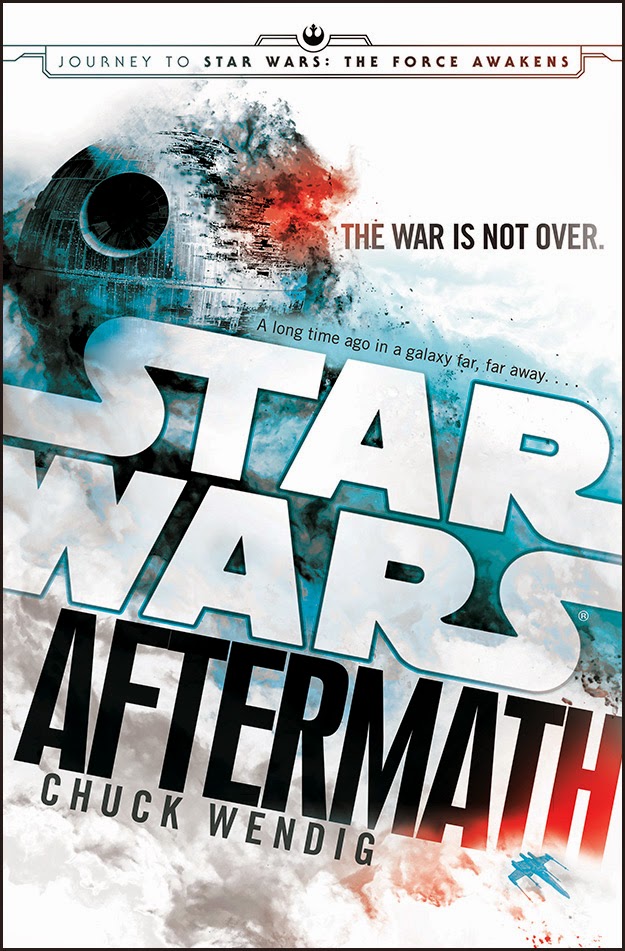 Do you want to find out what really happened after Return of the Jedi?

In addition to the previously announced Star Wars: Shattered Empire Marvel comic book event, Star Wars: Aftermath will kick off a new book trilogy bridging the gap between the Original Trilogy and The Force Awakens, which hits U.S. theaters Dec. 18.

The Del Rey novel, written by Chuck Wendig, is part of Disney's "Journey to Star Wars: The Force Awakens" program, and picks up shortly after The Battle of Endor and the destruction of the second Death Star. This is the first post-Jedi novel in Disney's new canon, so if you're a Star Wars geek, you might want to pick this up when it arrives on Sept. 4. If not, why the heck are you even here?