First Look: Jared Leto as The Joker in 'Suicide Squad' 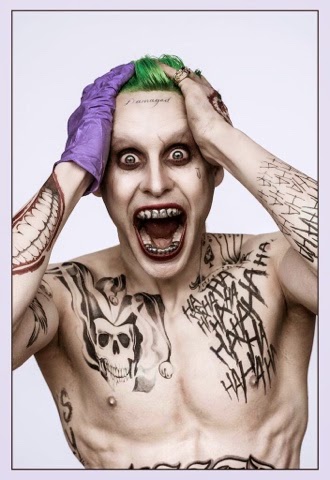 On Friday night, Suicide Squad director David Ayer gave fans their first real look at Jared Leto as The Joker in the anticipated supervillain team-up flick.
My thoughts? I think every iteration of The Clown Prince of Crime should stand out from previous versions, so I dig the tattoos and the punk aesthetic quite a bit. That being said, having the word "damaged" scrawled across his forehead might be taking things a tad too far into the realm of irony, but perhaps there's a good reason for it in the movie.
Suicide Squad hits theaters Aug. 5, 2016.
Posted at 11:00 AM No comments:
Email ThisBlogThis!Share to TwitterShare to FacebookShare to Pinterest
Labels: Batman, DC Comics, Suicide Squad

Frank Miller Returns to Batman for 'The Dark Knight III: The Master Race' 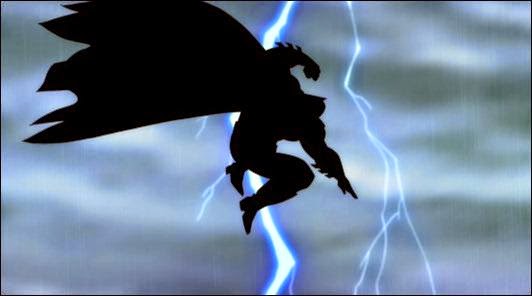 DC Comics has confirmed that writer/artist Frank Miller will be returning to the Batman mythos for the third installment in his Dark Knight trilogy, The Dark Knight III: The Master Race. Joining Miller will be acclaimed writer Brian Azzarello (100 Bullets, Joker), and the eight-issue series will begin this fall, with two issues releasing each month.

"Batman remains my favorite comic book hero and a sequel to Dark Knight is going to be daunting," said Miller in an official statement, "but we’ll do our best."

The last installment in this trilogy was The Dark Knight Strikes Again, which received mostly negative reviews when it began publication in 2001. I honestly can't say I've enjoyed much of Miller's work since that point, but perhaps this sequel will represent a return to form for the man who changed the comic book industry in the 1980s. Or, it might be full of baffling moments like this, from Miller's All-Star Batman & Robin: 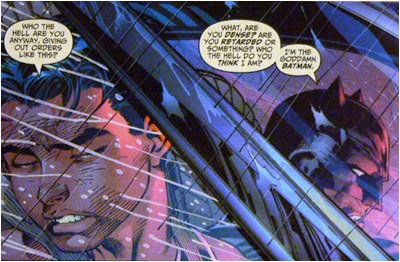 Start Your Weekend Right with 'Fifty Shades of Hutt' 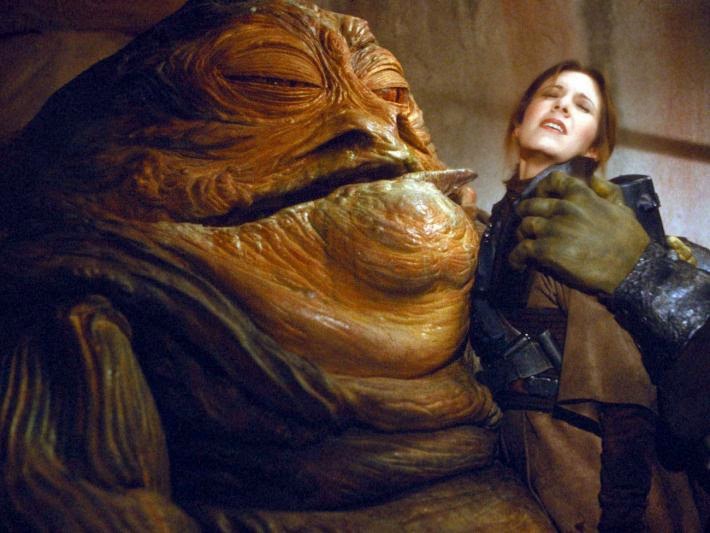 This is by no means new, but after seeing this mash-up of Fifty Shades of Grey and Return of the Jedi, I couldn't resist posting it here. Bib Fortuna has seen some things, man.

Posted at 1:37 PM No comments:
Email ThisBlogThis!Share to TwitterShare to FacebookShare to Pinterest
Labels: 50 Shades of Grey, Star Wars 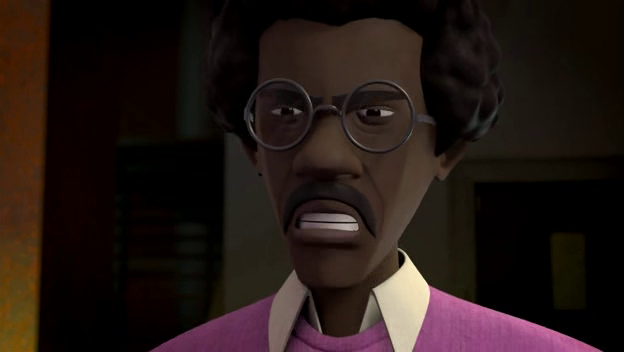 Wow, this movie is going to be insane.

Variety's got the full story. Click here for more on this casting news.
Posted at 11:35 AM No comments:
Email ThisBlogThis!Share to TwitterShare to FacebookShare to Pinterest
Labels: Michael Bay, Teenage Mutant Ninja Turtles, Tyler Perry 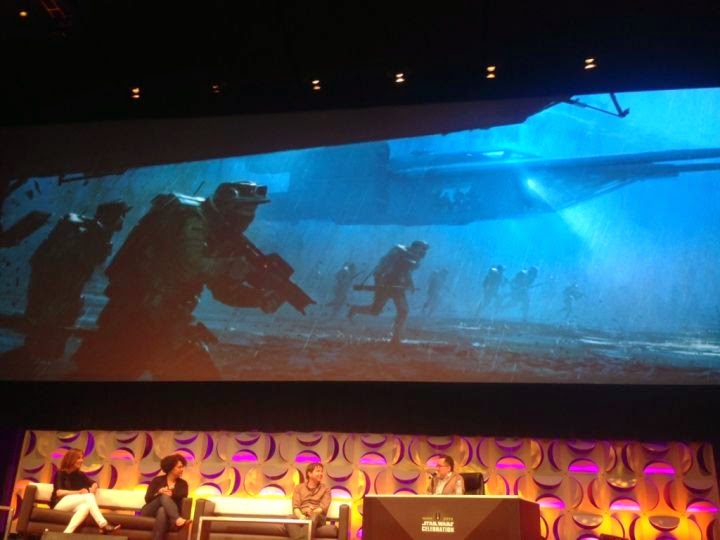 Wow, guys. It's an amazing time to be a Star Wars fan. This weekend at Star Wars Celebration, some details and a quick teaser trailer came to light about Star Wars: Rogue One, the first of the franchise's stand-alone "Anthology" films, which are movies set outside of the core saga. The Gareth Edwards-helmed film will be set between Revenge of the Sith and A New Hope, and will follow a band of resistance fighters as they attempt to steal the plans for the first Death Star. Rogue One will also be the first Star Wars film without Jedi, and is set to star The Theory of Everything star Felicity Jones.

Posted at 2:47 PM No comments:
Email ThisBlogThis!Share to TwitterShare to FacebookShare to Pinterest
Labels: Rogue One, Star Wars

Well, everyone's pretty much screwed in Jurassic World, judging by the new global trailer for the June 12 sequel. In the footage, we get our real look at the new big baddie, the mutant creation Indominus Rex, as well as other creatures inhabiting the new park, such as the Mosasaur, Pterosaurs and the Velociraptors trained by Chris Pratt's character, Owen Grady. I love that this franchise seems to be taking a darker and scarier turn here, although I hope that Spielbergian wonder isn't lost amidst all of the carnage.

Watch the new trailer below.

Posted at 2:29 PM No comments:
Email ThisBlogThis!Share to TwitterShare to FacebookShare to Pinterest
Labels: Jurassic World 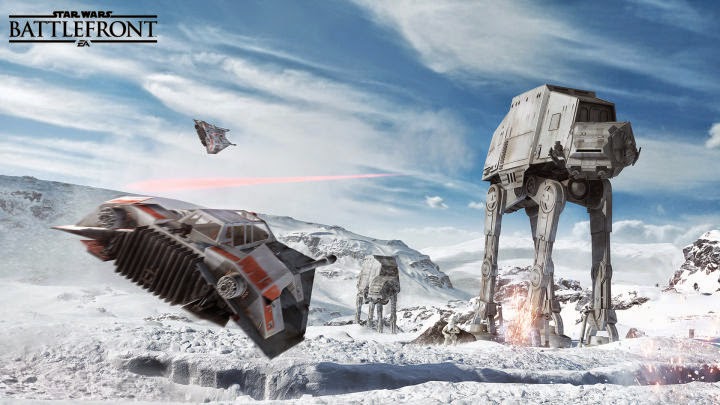 It's been a long time coming, but Star Wars: Battlefront is finally back. One decade after the last installment in the shooter series hit shelves, the franchise is preparing to blast onto next-gen consoles and PCs courtesy of EA DICE this November, promising 40-player online battles and a smattering of game modes that will take you through several key moments in the Star Wars saga.

If you're suitably recovered from Thursday's The Force Awakens teaser debut, prepare to geek out in that galaxy far, far away all over again with this trailer, which debuted Friday at Star Wars Celebration.

Watch the Leaked Trailer for 'Batman V Superman: Dawn of Justice' While You Can

The full teaser trailer for Batman V Superman: Dawn of Justice (with Portuguese subtitles) has leaked before the scheduled theatrical unveiling on Monday, telling a story about a society that's fearful of Superman and the power he wields. It also introduces us to Ben Affleck's Batman who, confronting The Man of Steel, boldly growls, "Tell me: Do you bleed? You will."

Affleck looks right at home in the Batsuit(s) from the little we see here, and if you've been hoping for a superhero showdown that matches the tone and visual style of Frank Miller's The Dark Knight Returns, this might be the movie you've been waiting for. If not, you've probably made up your mind already.

At Star Wars Celebration in Anaheim, Calif., J.J. Abrams and Kathleen Kennedy debuted the second teaser trailer for Star Wars: The Force Awakens, and if you thought you were excited about Episode VII before, just wait 'til you take in all of the visuals and hints in this footage. There's much to dissect, but for now, I'll just leave this here ...

Posted at 2:22 PM No comments:
Email ThisBlogThis!Share to TwitterShare to FacebookShare to Pinterest
Labels: Star Wars, The Force Awakens

We're way past the era of the teaser trailer, people. It's all about the trailer teaser these days, and there's no looking back.

Thursday night, Batman V Superman: Dawn of Justice director Zack Snyder tweeted the following, linking to an RSVP page for special IMAX screenings of the forthcoming film's first trailer on Monday, along with a 21-second teaser of said trailer.


The incredibly brief clip embedded in the tweet probably isn't going to do anything to dissuade the film's haters, but I actually really dig the look of the new Batsuit in the footage. Will I appreciate it as much when I finally see it inhabited by Ben Affleck in live-action? I kind of hope so.

We haven't seem much from Jurassic World since the Super Bowl trailer hit so, fortunately, MTV.com has posted an extended look at the June 12 flick as part of its lead-up to the 2015 MTV Movie Awards. Unfortunately, anyone hoping for some dinosaur-on-human action is going to be disappointed.

Instead, the clip shows Bryce Dallas Howard's character, Claire, seeking out the help of Chris Pratt's Owen. Evidently, the two have a brief romantic history, which no doubt becomes more complicated when dinosaurs run amok and get all bitey.

Watch the scene below!

Keen on getting a piece of that Disney: Infinite/Skylanders/Nintendo Amiibo action, Lego has just announced Lego Dimensions, another collectible figure video game that merges several licenses into one universe-hopping adventure. Sadly, it doesn't look like we'll be getting Star Wars or Marvel characters in the game for legal reasons, but we'll clearly be seeing familiar faces from The Wizard of Oz, DC Comics, Back to the Future, The Lord of the Rings and Ghostbusters. Oh, and naturally, folks from The Lego Movie will play into this pretty heavily.

The Lego Dimensions Starter Pack retails for $99.99 on current-gen consoles, and comes with Gandalf, Batman and The Lego Movie's Wyldstyle, along with a Batmobile vehicle. Additional figures will come packed with DLC, following the model established by similar games in this genre.

Joel McHale stars in the trailer, which you can watch below.

Posted at 5:04 PM No comments:
Email ThisBlogThis!Share to TwitterShare to FacebookShare to Pinterest
Labels: Back to the Future, Batman, Ghostbusters, Lego, Lord of the Rings, The LEGO Movie

Wow, and here I thought it was a slow week. Just today we got first looks at how four Marvel characters will look in live-action in the very near future.

First up, Marvel Entertainment has posted Daredevil's red suit in his Netflix-exclusive series, which drops tomorrow:

But that's not all! We've only gotten glimpses of Paul Bettany's Vision in Avengers: Age of Ultron, but today we got a full-on poster of the avenging android, sparking much speculation about his role in the film as its May 1 release date approaches: 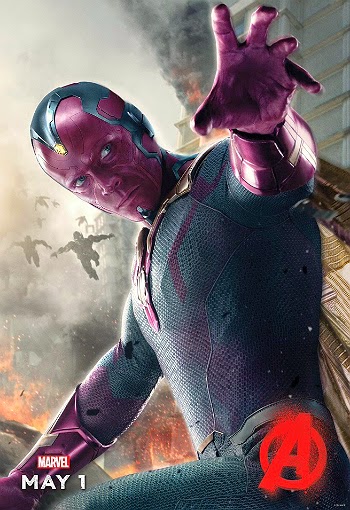 Meanwhile, the folks at Fox are keen on reminding us that they, too, have Marvel franchises, releasing this image of The Thing from this summer's Fantastic Four reboot: 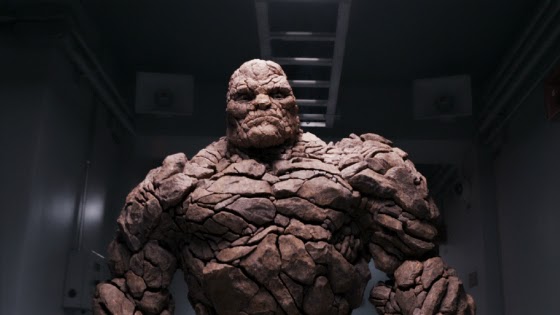 Finally, Fox has also released, via Empire.com, this concept art showing Ben Hardy as Archangel in next summer's X-Men: Apocalypse: Not a bad day to geek out, eh?