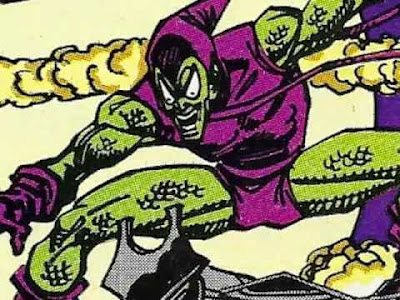 The Spider-Man rumor mill seems to be in full swing these days. After various media outlets reported that Ender's Game actor Asa Butterfield will be the Webslinger in the Marvel Cinematic Universe starting with next year's Captain America: Civil War, it's now rumored that Matthew McConaughey is being eyed to play Norman Osborn/Green Goblin in the forthcoming Spider-Man solo flick in 2017.

MConaughey has been pretty good at playing a total slimeball since 1993's Dazed and Confused, so he shouldn't have too much difficulty stepping into the role of a billionaire-turned-criminal mastermind. What do you think? Would McConaughey be an "interstellar" choice, or is this reboot already a "failure to launch"?