On 'Ant-Man' and Other Things 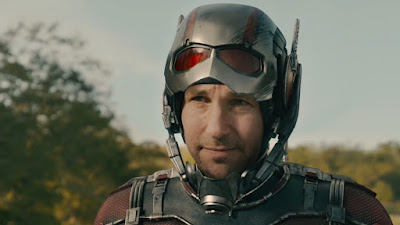 We're smack-dab in the middle of summer, and if you're in the 26-35 age range, you've probably attended a wedding or 10 over the past few weeks. I've had my fair share thus far — lavish affairs that have taught me how to perform "The Wobble" and that I neither want to "Whip" nor "Nay Nay" at any point in my adult life.

Amidst the craziness joyfulness, I somehow happened to catch Ant-Man during its opening weekend, and ever since, I've planned on writing it up. Then Batman: Arkham Knight happened. And now we're here, two weeks later, and you've probably already seen it. So it goes.

Perhaps knowing that it would be a Herculean effort to get me to sit at a computer during my "free time," I posted the following mini-review on Twitter as the credits rolled in the theater:


#AntMan is ridiculous in all of the right ways. If you dug #GuardiansOfTheGalaxy, you're in for a treat.
— James Wortman (@JamesWortman) July 17, 2015


I feel the same way now as I did way back then and, upon further reflection, I've come to appreciate more and more that this is a comparably small-scale (ha!) story compared to the more sweeping narratives of the Avengers films or Guardians of the Galaxy. Paul Rudd is impressive in the same way that Robert Downey Jr. and Chris Pratt were transformed into action heroes as Iron Man and Star-Lord respectively, and the final action sequence between Ant-Man and the villainous Yellowjacket (Corey Stoll) is one of the most surreal action sequences in the Marvel Cinematic Universe.

Also, even though Rudd's character Scott Lang is the heroic master thief in the film, it's  Michael Peña's Luis who hilariously steals every scene that he's in throughout this movie. A good supporting cast is essential in a Marvel movie. Just ask Agents Coulson and Carter.

Now that Ant-Man has successfully crawled out of the woodwork, here's my revised ranking of Marvel Cinematic Universe films that have been released thus far. Feel free to question my judgment! I do it almost every day.