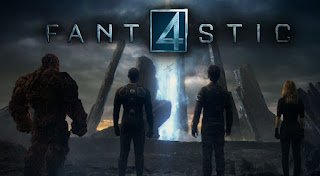 This can’t be a good sign for Marvel’s First Family.

BBC Newsbeat reports that the leads in Fox’s Fantastic Four reboot hasn’t even seen the finished movie yet, even though it’s set for release on Friday.

The film hasn’t been screened for critics either. When Newsbeat asked Miles Teller, the new Reed Richards, whether the film will prove the doubters wrong, he said, “Rarely are films of this size critically well received. This is not a movie we're going to go on Rotten Tomatoes and it's going to be at 80 or 90 percent.”

Wortman’s Note: Marvel Studios’ Captain America: The Winter Soldier received a Rotten Tomatoes score of 89 percent last year, while Guardians of the Galaxy is sitting pretty at 91 percent. The Avengers got a score of 92 percent in 2012, and Iron Man got a 94 percent wayyyy back in 2008. Rare indeed.