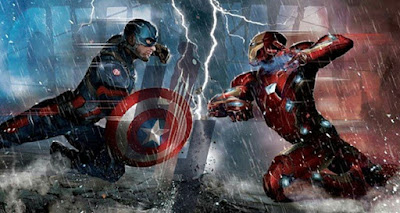 The Marvel Cinematic Universe is set to steamroll movie theaters every year for the foreseeable future, but Steve Rogers will be starring in his final solo film in 2016, according to Marvel Studios president Kevin Feige.

Does this confirm rumors that Cap won't be making it out of Civil War alive, as was the case in the comic books? (Don't worry guys, he got better.)

Avengers: Age of Ultron is now available on Digital HD and Disney Movies Anywhere, and will hit Blu-ray this Friday. Captain America: Civil War is slated for release on May 6, 2016. For the full story, head over to MTV.com.
Posted at 10:43 PM
Email ThisBlogThis!Share to TwitterShare to FacebookShare to Pinterest
Labels: Captain America: Civil War, Disney, Kevin Feige, Marvel Cinematic Universe