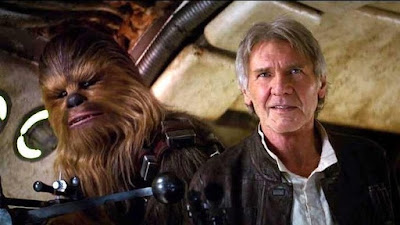 If your Star Wars: The Force Awakens Chewbacca action figure is getting lonely, some awesome news just came out of Hasbro's New York Comic Con press event. Amidst Black Series versions of new characters Captain Phasma, General Hux and Resistance fighter pilot Asty, the toymaker unveiled the six-inch version of an older Han Solo, as he appears in the forthcoming sequel.

The figure looks pretty much as you'd expect, with the grizzled smuggler sporting a smirk befitting a miniature version of a modern-day Harrison Ford. Jedi Insider was there, and you can check out their coverage below.