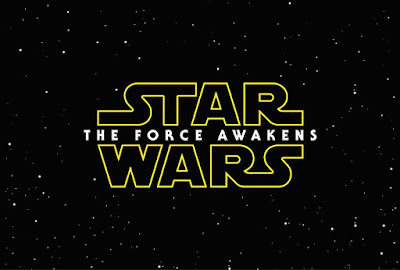 Moments after premiering on ESPN's Monday Night Football, the first full-length trailer for Star Wars: The Force Awakens arrived online, rendering countless geeks speechless while simultaneously while providing only the vaguest of details about its plot.

We know that Rey (Daisy Ridley) is a  career scavenger, Finn (John Boyega) starts off in the film as a First Order soldier who was raised to be a bad guy and Kylo Ren (Adam Driver) is a Darth Vader fanatic who wants to finish what the deceased Dark Lord of the Sith started. We also now know or can at least assume based on Han Solo's (Harrison Ford) dialogue that the Force is, in at least some parts of the Star Wars universe, viewed as a myth. There's much to dissect as we all begin pre-ordering our tickets to midnight screenings of The Force Awakens, which arrives in U.S. theaters Dec. 18.

Watch the new trailer below!

Posted at 2:16 AM
Email ThisBlogThis!Share to TwitterShare to FacebookShare to Pinterest
Labels: Star Wars: The Force Awakens