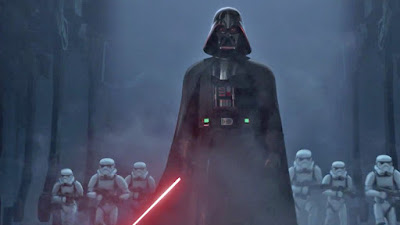 If you're a Force fanatic and you haven't caught up on the first season of Disney's Star Wars Rebels, there's still time before the Oct. 14 premiere of Season 2, which promises to kick the series into hyperdrive and further bridge the Clone Wars animated series with the ongoing adventures of Kanan Jarrus, Hera Syndulla and the rest of the Ghost crew.

A new trailer for the anticipated Rebels return focuses on the Empire's new Inquisitors (we met one of these not-quite-Sith last season), returning clone trooper Captain Rex and Ahsoka Tano, who was introduced to the series at the end of last season.

Check out the NYCC Star Wars Rebels trailer below!

The rebellion is growing and the stakes are higher as the Empire tightens its grip. Prepare yourself for an explosive season.Star Wars Rebels returns with a new episode Wednesday 9:30p/8:30c on Disney XD.
Posted by Star Wars Rebels on Thursday, October 8, 2015