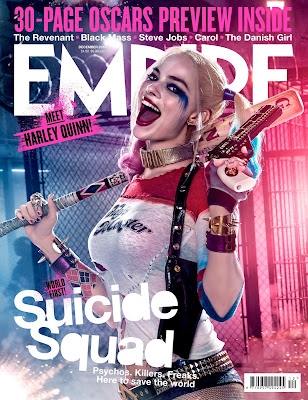 After fans got a good look at Jared Leto's Suicide Squad version of Joker this week, courtesy of Empire, the magazine revealed two more covers showing Margot Robbie as Harley Quinn and Will Smith as Deadshot from the summer 2016 film. 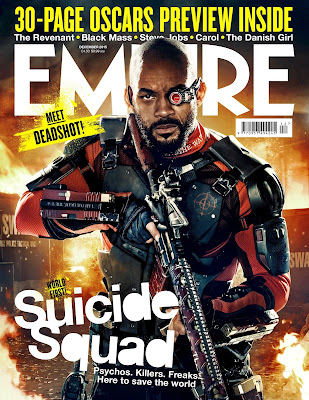 It seems like director David Ayer is working with a pretty varied color palette, as these covers are a lot more vibrant than the muted promotional materials for Zack Snyder's Batman v Superman: Dawn of Justice, which arrives next August. That's encouraging, however it'll be interesting to see how Warner Bros. markets this movie. The title doesn't exactly lend itself to fast food tie-ins and Walmart displays.