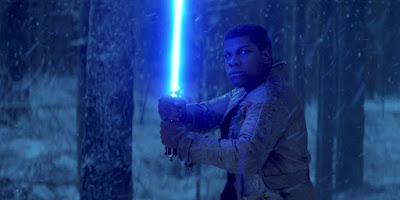 The release date for Star Wars: Episode VIII has been pushed from May 2017 to Dec. 15 of that year, StarWars.com confirms. The film, directed by Rian Johnson, is currently in pre-production and will begin principal photography next month in London.

Although it's clearly a bummer that we're getting the next chapter in the saga several months after we had hoped, I don't necessarily mind that Lucasfilm is taking its time with this one. Plus, with Rogue One: A Star Wars Story hitting theaters at the end of this year, it's not like we won't be getting our Star Wars fix soon enough, right? RIGHT?!
Posted at 8:50 PM
Email ThisBlogThis!Share to TwitterShare to FacebookShare to Pinterest
Labels: Disney, Rian Johnson, Star Wars