Darth Vader Confirmed for 'Rogue One: A Star Wars Story' 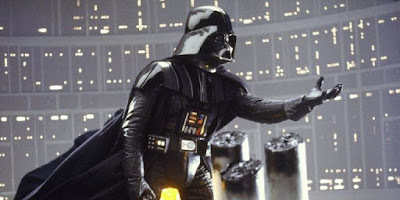 Most of us suspected it, but now we know for sure. As revealed by Entertainment Weekly, which features an in-depth cover feature on Rogue One: A Star Wars Story this week, Darth Vader will appear in Gareth Edwards' heist film, set in that galaxy far, far away between Revenge of the Sith and A New Hope.

In addition to heralding the cinematic return of The Dark Lord of the Sith, EW also gives us a deeper look at never-before-seen Star Wars technology (including new Imperial walkers and TIE fighters), the heroic Rebel squad led by Jyn Erso (Felicity Jones) and why longtime fans of Star Wars: The Clone Wars should be super psyched about Forest Whitaker's character.

I feel like it would be a huge misstep to set a film at this point in the Star Wars timeline without Vader's looming presence, so it's reassuring to know that we'll definitely hear his labored breathing and, hopefully, see his crimson lightsaber when Rogue One arrives in theaters Dec. 16.

It's so popular theme now, I even saw some cookies with his face :) term paper service is the best decision for both children and adults. Know why? Check it!

thanks for the info
mattressify