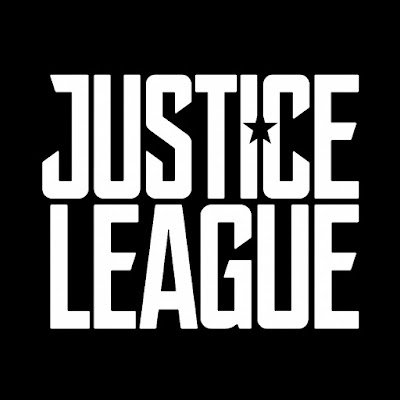 I don't count myself among the supporters of Zack Snyder's Batman v Superman: Dawn of Justice, but I also refuse to believe that Warner Bros. won't make a concerted effort to address the film's criticisms in Justice League, scheduled to hit theaters on Nov. 17, 2017.

The Snyder-helmed project is now reportedly a standalone movie instead of a two-parter and, earlier today, Warner Bros. released an official logo for Justice League (above) and the following plot synopsis:


Fueled by his restored faith in humanity and inspired by Superman’s selfless act, Bruce Wayne enlists the help of his newfound ally, Diana Prince, to face an even greater enemy. Together, Batman and Wonder Woman work quickly to find and recruit a team of metahumans to stand against this newly awakened threat. But despite the formation of this unprecedented league of heroes — Batman, Wonder Woman, Aquaman, Cyborg and The Flash — it may already be too late to save the planet from an assault of catastrophic proportions.


I love that this is a redemption story for Ben Affleck's Batman, who was a mere shell of a Dark Knight in BvS and, having not seen the DC Cinematic Universe's Caped Crusader in his prime, it was impossible to see how far he'd fallen from grace. At the very least, the Batman in this film won't be a hard-drinking, gun-toting, murderous psycho, which is a definite step in the right direction. Plus, does anyone else get a Silver Age vibe from the logo? That's a great sign.
Posted at 7:07 PM
Email ThisBlogThis!Share to TwitterShare to FacebookShare to Pinterest
Labels: Batman V Superman, Justice League, Zack Snyder

I like this movie and I'm happy to see such a post of yours! You should visit proofreadingservices scholarship to make your posts grammatically correct

Showbox is now available with lots of new and attractive features like HD movies browsing and downloading .You can download lots of movies in just one click .

This app is a final destination for all movie lover via this amazing app you can stream videos as fast as possible.
You Pelis apk
IPTV Player APK

At last I found an application that actually suits my taste and provides me with excellent collection of movies and shows. I am able to search for latest movie or shows recently updated. It is awesome!
Mobdro app

Thanks a lot for sharing such great information with us.
Get free game online with Xmodapk and make your day fantastic.

You may experiencing troubles to get complete benefits by Showbox android app so it’s better to update with latest version, learn about showbox for android apk free download latest version to get instantly some bug fixed.

Acer Customer Support like this. You could have carried out a great work. I’ll absolutely digg the idea plus my perspective recommend to help friends and neighbors.
I will be confident they’ll be taken advantage of this great site.

Amazing information you provide to me. keep it up.
Ms Support Number

Very well described.Facing issues in your Yahoo .we are here with a solution contact us anytime.