Let's Unite Over the New 'Rogue One' Trailer 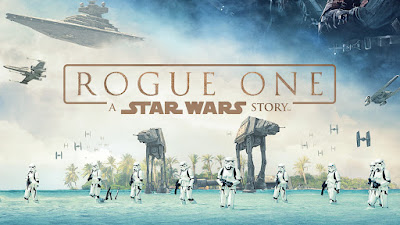 Social media has been a pretty toxic place in the lead-up to the 2016 U.S. Presidential Election, with people on both sides of the aisle spewing vitriol at the other with little regard for compromise. I'm trying to stay out of it, for the most part, which unfortunately means limiting my interaction with the digital world as much as possible. That's a major reason why it's been a few weeks since I've posted.

Yet, I think there's one thing that we can all agree on in these divisive times. Rogue One: A Star Wars Story looks freakin' amazing. The final trailer for the forthcoming Gareth Edwards film chronicling the heist of the Empire's plans for the first Death Star was released today, giving us a better idea of what the Rebel Alliance is truly up against, the nature of Jyn Erso's mission and, finally, what "Rogue One" actually stands for.

What I dig most about the new trailer, embedded below, is that Edwards made a conscious effort to shoot this movie differently than any Star Wars film before it, but it still feels like that galaxy far, far away. We're in for something special on Dec. 16.