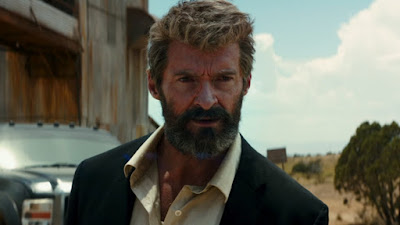 Fox's X-Men franchise is all over the place. It's got dizzying highs (Deadpool) dismal lows (X-Men Origins: Wolverine) and daunting middles (X-Men: Apocalypse), so it's hard to gauge just what a new entry in the franchise will bring to the table. On March 3, we get Logan, an odd film that will likely be Hugh Jackman and Sir Patrick Stewart's last outing as Wolverine and Professor X. It has the trappings of a road trip movie, with the titular Logan and Chuck Xavier on the move and encountering a young girl named Laura (Dafne Keen), who bears a striking resemblance to Wolverine in the "disemboweling people with metal claws" department. In the film, Laura is likely Logan's clone, or at least we can assume that's the case given what's happened in Marvel's comic book universe, where she has taken up the Wolverine mantle after her "father's" death.

Logan seems to be loosely based on Mark Millar and Steve McNiven's Old Man Logan, taking place in a dreary near-future where our favorite adamantium-infused mutant has lost a step in his advancing years. The film evidently makes full use of its R rating, with plenty of bloodshed and an older, decrepit Prof. X that has developed a bit of a potty mouth. It looks like a weird, sad movie, but by all accounts, it could be the satisfying sendoff that both Jackson and Stewart deserve.

Watch the second trailer for Logan below.

The trailer is fantastic! I love it so much. My friends were discussing about its release since the past two weeks. I am so glad it has been released. I am sharing this with my friends as soon as possible.

Useful info. Lucky me I discovered your website unintentionally, and I am surprised why this accident did not happened in advance! I bookmarked it.
instagram viewer