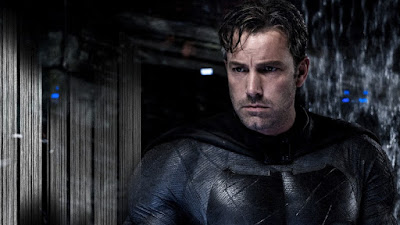 Oh, DC Entertainment. You just can't catch a break, can you?

As comic book fans cross their fingers that this summer's Wonder Woman will redeem DC's cinematic universe following Batman v Superman: Dawn of Justice and Suicide Squad, Ben Affleck revealed that he will not direct The Batman, The Dark Knight's upcoming solo movie. He will remain as the star and as a producer on the project.

Affleck and Warner Bros. have released statements saying that Affleck stepping down was a mutual decision, and that the film will be moving forward with a different director. War for the Planet of the Apes director Matt Reeves is reportedly among those being considered.

Although it's easy to assume that this means that the production is troubled, it could also indicate that studio execs and even Affleck himself are being very careful with these movies moving forward. Affleck's a great director, but if he isn't right for this film or if there needs to be a course correction, it's better to find out now.

You can see a different take on The Caped Crusader in The LEGO Batman Movie, in theaters Feb. 10, and you can watch Affleck wear the cowl in Justice League this November. For more on this story, head over to Variety.com.

I think him stepping down as the director was a really good decision. He has to focus more on his role of Batman rather than directing the movie.

Idea of steping back from directing the movie is so brillent. By this he can give his best to his character because he can just focuss on one think at a time and give his best. Good Decision Keep giving us such lovely movies.

You have done a great job on this article. It’s very readable and highly intelligent. You have even managed to make it understandable and easy to read. You have some real writing talent. Thank you.
things to do